Grand Canyon National Park is located in the northwestern region of Arizona, which is a southwestern part of the United States. Although the canyon stretches outside the boundaries of the park, the national park covers an area of 1,901.9 square miles (4,926 sq km).

This UNESCO World Heritage Site is the second most visited national park in the United States. The canyon includes the smaller canyons created by tributaries that flow into the Colorado River from the various plateaus.

The layers of colorful rock that paint the sides of the canyon walls combined with the enormous size and depth of the canyon are what draws visitors and create some of the most stunning landscape images.

The colors of the canyon change throughout the day as the sunlight lights the canyon walls from different angles. The colors further change with the seasons of the year, with the winter months adding snow-capped ridges and rock formations adding to the already stunning landscapes.

The park features a north and south rim with the South Rim experiencing about 90% of the visitor traffic. Apart from the South Rim, the majority of the park requires the use of pack trails or backcountry roads. The area is extremely rugged and attracts some of the more adventurous travelers who want to avoid the crowds and explore the park by hiking the trails.

Wildlife of Grand Canyon National Park includes the cougar, bighorn sheep, elk, mule deer, coyote, and ring-tailed cats. While there are other birds of prey, the California condor is the largest and it is also on the IUCN endangered species list. Bald eagles are another highlight sighting.

The creepy crawly include the rattlesnakes, scorpions, black widow spiders, and canyon bats. Less creepy are the collared lizard and the Chuckwalla lizard. 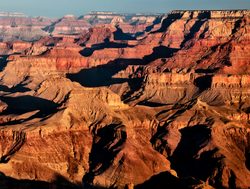 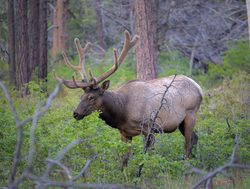 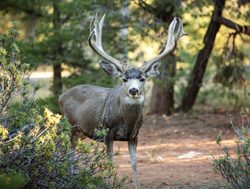 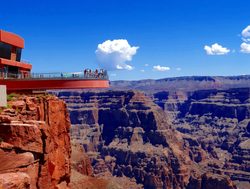 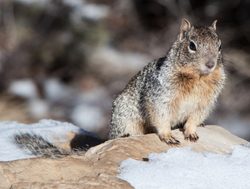 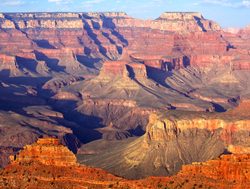 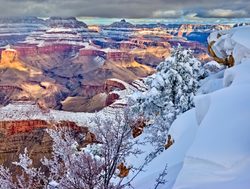 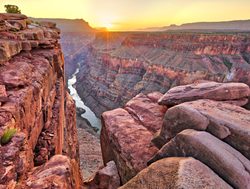 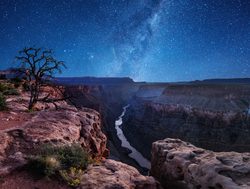 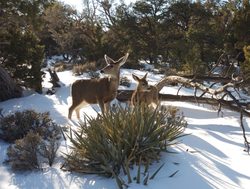 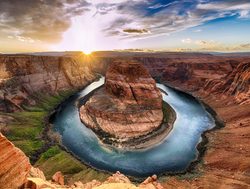 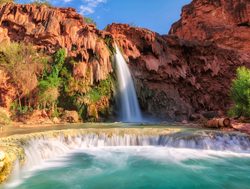 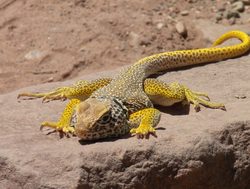 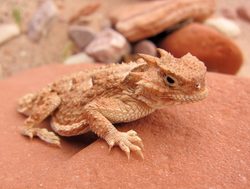 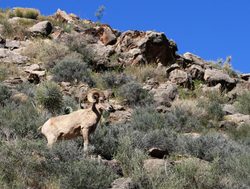 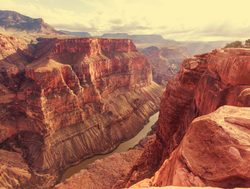 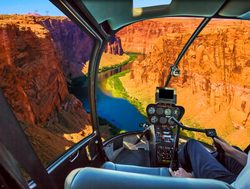 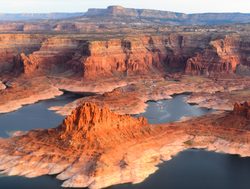 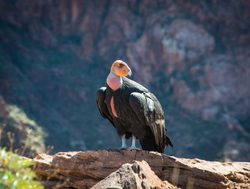 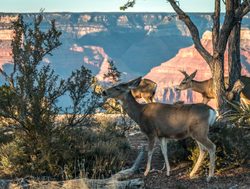 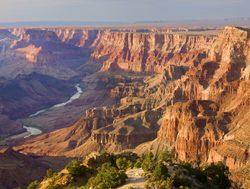 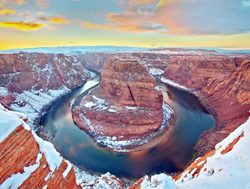 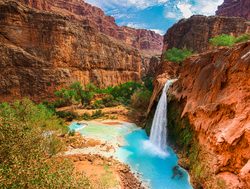 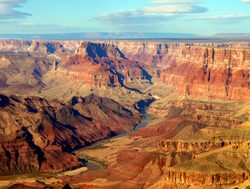 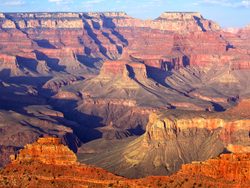 The Grand Canyon is the highlight of the park and experiencing the canyon from the various viewpoints and activities is the best way to engage the fullness this wonder of the world has to offer. Highlight experiences include helicopter flights and views over the canyon, rafting down the Colorado River between the canyon walls, and hiking the trails along or down into the canyon.

The North Rim is more remote, but it provides higher elevations that reach over 8,000 feet (2,400 m) giving great views out over the Grand Canyon. These higher elevations bring more snow causing the park to close this area during the winter months December through mid-May. It takes about 4 to 5 hours to drive between the north and south rim.

There are several ways to engage and explore the world's largest canyon.  You can get in the air, on the river, and on the ground in different ways.  There are easily accessible lookouts which are easily reached with a drive through the park.

The Grand Canyon is the world's largest canyon and nothing communicates that more than from an aerial view witness during a helicopter tour.  Come see this striking wonder of nature from the skies above.

The Grand Canyon can be seen from scenic vistas that are accessible by drives along the south rim.  However, more views and vistas are available for those who engage the 100 plus trails that meander along the canyon, down into it, and all around it.  The trails range from easy to difficult, but most feature significant elevation gains making them moderate to difficult.

This is a 5.4 mile (8.69 km) trail out along the rim of the canyon.  The trail is rated easy but does have an elevation gain of 351 feet (564.88 m). It is wheelchair and stroller accessible with captivating views out over the world's largest canyon.

This is a moderate 2.8-mile (4.51 km) trail with an ascent of 1,095 feet (333.76 m) out to captivating views of the Grand Canyon and Cedar Ridge. The trail features forest, a cave, and rocky terrain with chances of seeing wildflowers during the right time of the year.

This is a difficult 22.7 mile (36.53 km) trail that really lets you see the Grand Canyon traveling from one rim to the other.  There is an elevation gain of 5,150 feet (1,569.7 m).  This point to point journey provides numerous stunning views of the canyon in whole as well as views of some of the captivating canyon walls.

Along with the river and canyon walls, there is a view of a waterfall and chances to see wildlife.  This is a challenging trail for the more adventurous that takes about 4 days to complete.

This is a difficult rated trail covering a distance of 18.4 miles (29.61 km) with an ascent of 4,980 feet (1,517.9 m) that meanders along and up and down the canyon as hikers make their way to Bright Angel campground.

You will see the river, canyon walls, as well as chances to see wildlife.  It is a popular adventurous trail that gives a great taste of the Grand Canyon.

Grand Canyon National Park protects what is historically known as the largest canyon in the world.  It also protects the surrounding habitat which is home to a variety of wildlife species.  The protected area is also a UNESCO World Heritage Site and the second most visited national park in the country.