The GANP is here to help you discover, explore, and learn more about the national parks in Panama and why we need to protect them. 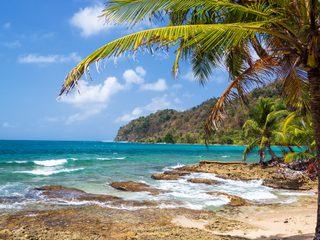 Darien National Park sits at the southernmost point of Panama and Central America serving as the bridge between North and South America.

How many National Parks are in Panama?

There are 16 national parks in Panama, you can explore each national park above in more depth as they become available for you to discover and learn more about.

What is the largest national park in Panama?

What was the first national park in Panama?

Parque Nacional Altos de Campana was the first national park in Panama.  It was established in 1966.

What percentage of Panama is protected land?

The 16 national parks and 50 other protected areas combine to account for approximately 25% of the land in Panama's borders.  This means that one-fourth of Panama is under protection.  This is a true investment in the wilderness and wildlife of the country.

The country is officially known as the Republic of Panama.  Panama City is both the capital and the largest city in the country.  Most people will enter into the country via the capital city.  There are approximately four million people living in the country's 28,640 square miles (74,177 sq km) of area.

Panama is the southernmost country in North America.  It is the tail end of North America and the gateway into South America.  The border between Panama and Colombia is the distinction between the two continents.  Panama is bordered by Colombia to the south, Costa Rica to the north, the Pacific Ocean to the west, and the Caribbean to the east.

In addition to the national parks, the most famous attraction in the country is the Panama Canal.  It represents one of the most stunning achievements of mankind while creating a unique attraction for the country.  Some people just visit one of the lochs while others take a transcontinental cruise through the canals on a cruise ship.