Penang National Park is located northern part of Cambodia just west of the central part of the country.  It is almost directly north of Phnom Penh, and just 27.9 miles (45 km) northeast of Siem Reap.  The national park covers an area of 144.31 square miles (373.76 sq km).

The majority of the appeal of the park is directed at the cultural and historical features.  Most of these are integrated into the natural setting adding a picturesque nature to the historical and cultural significance.

The valley of Chup Preah provides visitors with a series of statues that were created in the 16th century.  Kbal Spean, affectionately known as the “Valley of a Thousand Lingas,” displays numerous figures carved along the rock wall of the riverbed.

The Terrace of Sdach Kamlung displays the rubble of a temple that was situated in the middle of the terrace, which was previously covered in lava. 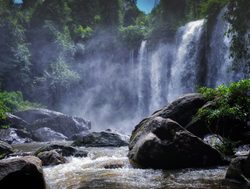 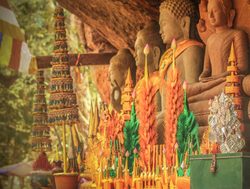 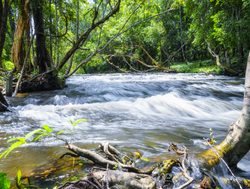 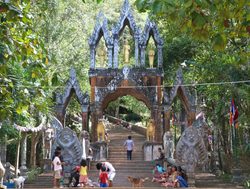 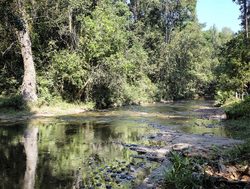 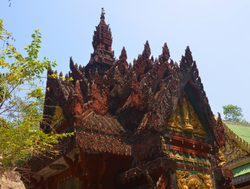 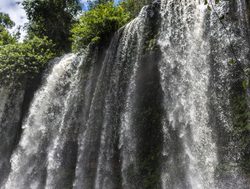 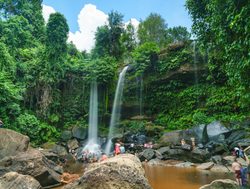 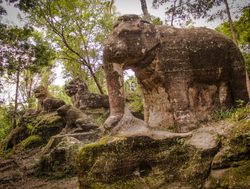 The majority of people travel to Phnom Kulen to experience the combination of cultural and historical features that have been intertwined into the natural landscape of this beautiful area.

Preah Ang Thom features a 26.2 foot (8 m) tall Buddha reclining and reaching the state of nirvana.  This is a holy place for locals who may come and worship in the area.  There are several other religious and cultural statues located in the park.

Kbal Speak Trail:  This is a just under 1-mile (1.5 km) trail along the riverbed and through the jungle giving trekkers sights of small waterfalls and views of the numerous figurines carved into the riverbed.